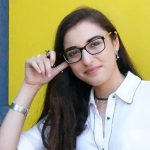 The 2018 report by the United Nations Intergovernmental Panel on Climate Change (IPCC) has proven undeniably that an immediate and drastic global response is required to avoid further irreversible impacts of climate change on natural and human systems. With the livestock sector being one of the largest sources of human-induced greenhouse emissions, the report recommends with ‘high confidence’ a change towards ‘less resource-intensive diets’. The most significantly beneficial diet is veganism, which fully rejects the use of livestock for food production. While the veganism movement is clearly rapidly expanding with climate change as one of its foremost motivators, the British press continues to largely omit environmental concerns in its framing of veganism. With the ability of the press to influence public opinion and behaviour, and act as a ‘moralising force’ remaining prevalent, its representations of the relation between climate change and veganism can have a significant effect on the planet’s wellbeing.

This research will use a triangulation of methods to answer the following questions: