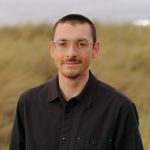 Over the last decade much attention has been paid, in research and popular media, to the presence of extremist narratives online encouraging terrorism and violent extremism, disseminated by groups and individuals subscribing to ideologies of the extreme right and violent Islamism. Less consideration, however, has been afforded to research into narratives that aim to prevent or counter terrorism and extremism online. In recent years, governing authorities, including those in the UK and EU, have focused on the importance of civil society involvement as a means to tackle extremism, allocating funding and encouraging the spread of a ‘counter-narrative’ through civil society, whilst private companies, included those involved in social media, have also recognized a need to tackle extremist ideologies both within and through their platforms. Yet relatively little is known about the role of civil society in the production and dissemination of narratives against extremism.

This PhD aims to address this knowledge gap by focusing on the role of civil society organizations, and their relationship with state bodies, in the production and dissemination of narratives against terrorism and violent extremism. This will involve mapping the field of practice by local, national and international civil society actors, establishing a typology of narratives and formats used, alongside their underpinning motivations and rationales.

The impact of this research lies in the illumination of a field of practice about which little is known, and its likely contribution to the identification of best practice, alongside a recognition of barriers and facilitators to effective P/CVE practice. The research will have policy relevance for those seeking to support civil society actors in contributing to the reduction of the harms of extremism through effective P/CVE messaging.