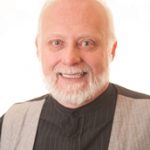 This research project seeks to identify how has the Welsh Government and Welsh Assembly promoted or failed to promote disability equality in Wales with regard to independent living.

The project will examine the extent and nature of divergence of devolved Welsh law and practice regarding the elimination of discrimination against and promotion of equality for disabled people from that applying in the other areas of the UK in respect of independent living.

Having identified the divergent measures taken and / or not taken, (including legislation, commitment, resourcing and implementation measures) in Wales as compared to England, Scotland and Northern Ireland, they would then be critically evaluated for impact and effectiveness.

The project will seek to be fully inclusive by working with disabled people and Deaf and Disabled People’s organisations in the evaluation process.