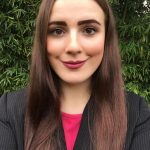 Criminology and the social sciences more broadly have manifested a blind spot in animal victimisation (Cazaux, 2007). In the literature, previous studies have prioritised the impact animal abuse inflicts on human beings and consequentially ignored the harms dealt to animals themselves (Beirne, 2004). As a result of what might be termed ‘criminological speciesism’, a substantial gap exists concerning animals as sentient beings with individual rights—including the right to be free from pain and suffering (Singer, 1975). This speciesist agenda is fuelled by the belief that non-human organisms are without moral rights (Cohen, 1986) and therefore hold no legitimate claim to recognition by criminologists (Beirne, 1999). Green criminology enables a wider study of these overshadowed issues surrounding animal victimisation, including: animal rights, morality, ethics and social harm.

Like human maltreatment, animal abuse may be physical, psychological or emotional (Beirne, 2007) and can take the form of active torture or passive neglect (Cazaux & Beirne, 2001). Similar to the human crimes that stem from oppression, animal abuse is also not restricted to the personal proximity of a sole offender and can be caused through institutionalised social practices, where the mistreatment of animals is deemed socially acceptable (Beirne, 2001).

This research study will adopt a qualitative analysis to develop crucial insights into the nature, extent and impact of animal harms. For example, their use in medical research—a controversial and contemporary subject with ethical and moral dilemmas. Through doing so, the study seeks to challenge the current boundaries in criminology by critically expanding ‘victimisation’ in light of animal welfare. The aims of the study are: