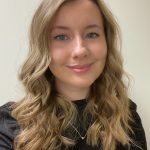 This research centres around the relationship between motion verbs (for example, ‘leave’) and their noun – or nominal – counterparts (for example, ‘arrival’). The specific types of nominals focused on in this research are those which have been derived from verbs, referred to as ‘deverbal nouns’. Whilst literature in the field has given extensive attention to motion verbs, research on motion nouns is comparatively absent, leaving many questions regarding the lexical, grammatical and semantic features of these deverbal nouns unanswered. Work that has been carried out on the verb-deverbal noun relationship is also somewhat conflicting, with contradictory accounts of how these nominalisations behave.

The aims of this research are threefold, corresponding to the following research questions:

These research questions will be approached with a three-stage methodology. First, a large dataset of verb-noun pairs will be built, and a general corpus (such as the British National Corpus) will be used to extract approximately 250 concordance outputs. Secondly, etymological details will be added to the database, followed by a statistical analysis to identify semantic patterns across the pairs. Finally, drawing upon Systemic Functional Linguistics and Cognitive Linguistics, a lexico-grammatical analysis will be conducted to provide an insight into the new meanings which emerge from the deverbal motion noun category.

This research will have applications in fields such as computational linguistics, language learning and teaching, and translation, in addition to establishing a database for typological and contrastive work on motion verb-noun pairs.