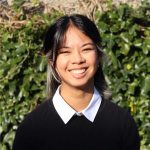 Therapeutic intermittent hypoxia (TIH) is a process where bouts of moderate acute hypoxia (10-16% O2 saturation) are cycled with normoxia or hyperoxia (100% O2 saturation). This differs from typical hypoxia where oxygen saturation of air is <10%, which is known for its deleterious effects.

Previous research has suggested that TIH has a beneficial impact on a range of conditions, including neurodegenerative disorders such as Alzheimer’s disease.

The direct effects on the neurovascular health and responsiveness TIH have on the older brain have yet to be directly measured. The aim of this study is to use multi-modal Magnetic Resonance Imaging (MRI) to investigate the cerebral vascular impact of a therapeutic intermittent hypoxia paradigm, and it’s potential to affect cognitive decline in an older cohort.

Knowledge gained will form the basis for future work addressing the role of intermittent hypoxia as a treatment paradigm for cognitive decline in Alzheimer’s and other dementia conditions. The focus of this research will be on measuring improvements in cerebral vascular health.