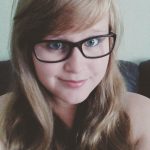 Local government is often asserted as being more accessible to women than national politics, however, a House of Commons report has found that women still constitute only 32% of local authority councillors in England, and only 26% in Wales. As local councils, according to the Fawcett Society, benefit from ¼ of the UK’s entire public spending budget, a figure approximated to be around £100bn, and following the recent favouring of further decentralisation giving local governments more power, it is extremely worrying that women are still underrepresented at this level of governance and representation.

Influenced by ideas surrounding gender performativity (‘doing gender’ – West and Zimmerman) and the literature of feminist institutionalism, including debates between critical actor theory and critical mass theory, I will be exploring ways in which the nature of local government settings fetters or facilitates the full substantive representation of women. My research aims to use in-depth qualitative methods which, in my opinion, have been previously under-utilised in this field, to further understand the relationship between gender and the experiences of elected councillors, uncovering how gender inequalities are reproduced in council meetings, and the setting as a whole.