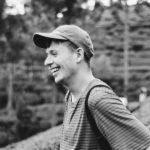 Although formal statistics on homelessness in Cuba are limited, anecdotal reports suggest that it is almost non-existent (Anderson, 2009; Shanley & Boyle, 1992). This is despite the country being relatively poor compared to the UK (United Nations, 2017), where homelessness is on the rise (UK Department for Housing, Communities and Local Government, 2018). In contrast to the individualistic culture of the UK (European Commission, 2017), Cuba has been described as following a communitarian value system (Miller, 2009), where more emphasis is placed on the connection between the individual and the community. The present study hypothesises that this communitarian ethos may contribute to the low rates of homelessness reported in Cuba through several avenues, including viewing housing as a right rather than a commodity (Hamberg, 2012), community participation in housing projects (Anderson, 2002), and increased family solidarity (Anderson, 2009). This study would aim to provide people with more reliable statistics on homelessness in Cuba, report on government policy and public opinions, and evaluate the extent to which communitarian values shape attitudes, policies, and outcomes for homeless people. This would be done with the hope of exploring novel strategies to prevent homelessness in the UK.