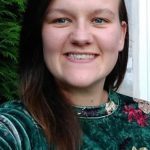 The World Health Organisation (WHO) estimates that by year 2050 the proportion of the worlds’ population over aged 60 will double to 22%. The global increase in the aging population combined with evidence supporting inevitable cognitive decline in older age, highlights the pertinence of investigating factors that interact with cognitive aging. Investigation into protective factors against cognitive aging is important from a theoretical and social perspective.

Bilingualism is one lifestyle factor that has been under intense investigation within the last few decades. It has been suggested to delay the onset of neuro-degenerative diseases and decrease the rate of cognitive decline. Bilinguals have also been shown to outperform monolinguals on a range of non-linguistic tasks – a pattern dubbed the ‘bilingual advantage’ – and this advantage increases with older age. However, this bilingual advantage is not consistently shown in all bilinguals, with all tasks.

My research will focus on Welsh-English older adults and will contribute to the understanding of boundary conditions of bilingual advantages i.e. why some bilinguals experience an advantage when others do not. Moreover, it will highlight the efficacy of short-term language immersion interventions on cognitive reserve in Welsh-English older adults.

From a wider standpoint, conclusions will help us to understand how cognitive decline in older adulthood can be modified by life experiences.