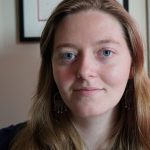 This research aims to look at sustainable development projects through the lens of Science and Technology Studies (STS) theories, in particular the social construction of technology (SCOT). The idea that technological development presupposes sustainability dominates, with research and investment often lying in technological innovation and left to the physical sciences alone. Blame is often placed in technology itself but technology must be understood as a product of social values, structures and practices (see for example: Bijker 1995; 2006; 2007, Winner 1986, Baker 2016).

The technologies and structures of society are thick with, and reproducing of, social values (Bijker 1995, 2006, 2007, Winner 1986). Technology and material arrangements solidify and structure, or act against, future change; these ‘technological frames’ determining what is possible within society (Bijker 2007). It becomes difficult to obtain sustainability if large scale technological structures need dismantling and re-imagining entirely. Technologies also have an ‘interpretive flexibility’ with different uses imagined or understood by different people for the same objects, with the design and use of technology being shaped and interpreted by the values of creators and users (Pinch and Bijker 1986).

This research focuses on examples of what I dub ‘ecological techne’ in sustainble development projects. ‘Techne’ embodies a collision of craft, knowledge and technology. I aim to explore how the STS concepts mentioned here can give new insight on sustainable development projects, to add new understanding to the reasons for the success or failure of social efforts to achieve sustainability and to deepen our undersanding of how social values and practices can also materially shape our worlds.

Bijker, W. (1995). Of Bicycles, Bakelites and Bulbs: Towards a Theory of Sociotechnical Change. London: MIT Press

Winner, L. (1986) The Whale and the Reactor: A Search for Limits in an Age of High Technology. Chicago: Chicago University Press.