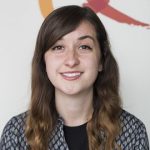 According to Welsh Government data, 4.9% of the population in Wales do not describe themselves as White-British (StatsWales, 2022). Behind this statistic, there is a diversity of ethnicities, cultures, and migratory experiences. Despite this, the heterogeneity of ethnic minority individuals is often overlooked by educational, cultural and media discourses which often assume a one-dimensional and homogenised view, using the umbrella term ‘BAME’. In particular, many young people are choosing to reject singular and homogenised categories such as ‘BAME’ (Fakim & Macaulay, 2020), as their identifications often exceed bounded, well-established political categories such as identity and citizenship. Even so, such processes of categorisation are still sensed and experienced by these young people, often resulting in social exclusion, racism and discrimination (Pearce & Muddiman, 2018).

Following ‘Black Lives Matter’ (BLM) protests in recent years, young people are actively calling for greater race equality in Wales. As a result, Welsh Government have proposed their vision for “an anti-racist Wales by 2030” (Welsh Government, 2020). In this context, this research project aims to challenge bounded conceptualisations of identity and citizenship, to highlight the multiple experiences of ethnic minority young people growing up in Wales. The research project will adopt a participatory action research methodology, adopting visual creative methods to explore the changeable meanings and notions of ‘nation’, ‘race’ and ‘welcome’, for ethnic minority young people.

Working in collaboration with Swansea University and Ethnic Minorities and Youth Support Team (EYST Wales), this research will develop outputs, such as an exhibition, to positively impact conversations around ethnicity, migration, and young people in Wales.

Pearce, S. & Muddiman, E. (2018, March 9). A space for the voices of young, BME women in the Brexit process, WISERD.
https://wiserd.ac.uk/news/space-voices-young-bme-women-brexit-process